Best motivational speeches for your employees to

As human beings, it’s easy to lose track while you struggle to complete your daily tasks. Though, you still wish to keep striving towards your goals in life. The most significant factor that can help you do so is motivation and we keep ourself energetic by listening to the motivational speeches.

It plays a crucial role in achieving your dreams, no matter how big or small they are. The same is the case with the company employees. It’s effortless for them to become demotivated while hustling for life.

We all feel demotivated at some point in life but what matters is that we should keep moving forward. And a little motivation can help us to do that. Motivated employees always look for ways to become more productive, and such employees positively impact an organization’s development. According to the stats, 20% of employees perform better when motivated, leading to better output results.

Are you also feeling drained while chasing your project deadline? Do you want the push that can help you reach your full potential? Here we have listed a few best motivational speeches regardless of the job that will give you the much-needed motivation. So, let’s jump straight into it. 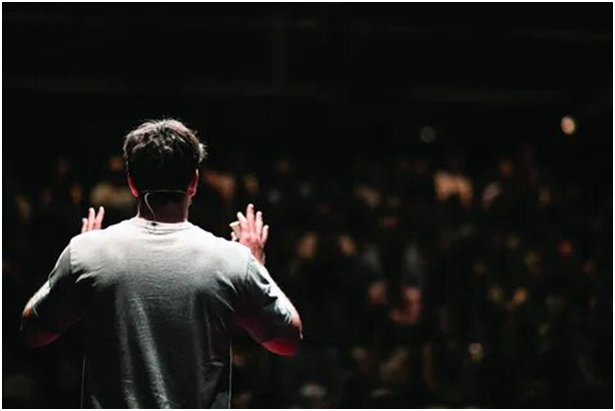 The theme of J.K. Rowling’s speech was “failure.”  In 2008, J.K. Rowling, a renowned author of Harry Potter, explained how defeats and thoughts are essential to achieve success.

Failure can assist you in finding out where your passion lies, and it will teach you to analyze the area that needs more focus while stepping ahead. At the same time, imagination will permit you to comprehend with others, enabling you to utilize your impact to do well.

“We do not need magic to change the world; we carry all the power we need inside ourselves already: we have the power to imagine better.” 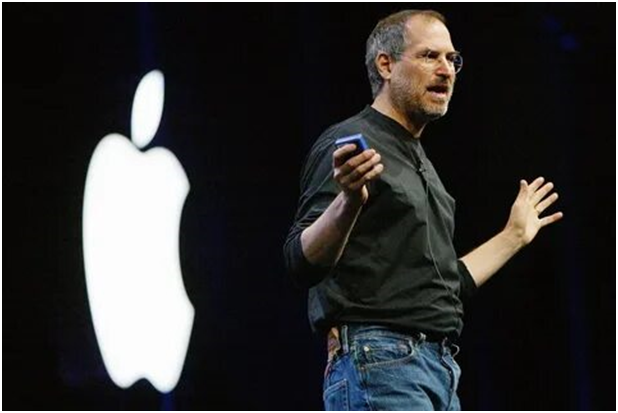 The theme of his speech was “life and career.”  His speech video got 24 million views on YouTube, so you probably have heard about it already.  IN THE COMMENCEMENT SPEECH, the CEO and co-founder of Apple Inc., Steve Jobs, described love as one of the essential elements of his success. His love for work motivated him to work daily and achieve new goals.

Even though what you want and what people want for you are two different things, finding out your passion and dedicating yourself to it will make you successful and satisfied.  No doubt, a few lines that he mentioned from “The Whole Earth Catalog” at the end was an unforgettable part of his address.

Because of the remarkable success of Gilbert’s book, “Eat, Pray, Love,” people start asking her again and again: How are you going to beat that? While analyzing this question in her 2009 conversation, she explores how our ideas of genius and creativity have passed through generations.

Genius and creativity have progressively become related to people; however, once they were considered separate. In Gilbert’s opinion, this change will put massive pressure on artisans, writers, and other creatives to deliver extraordinary work. 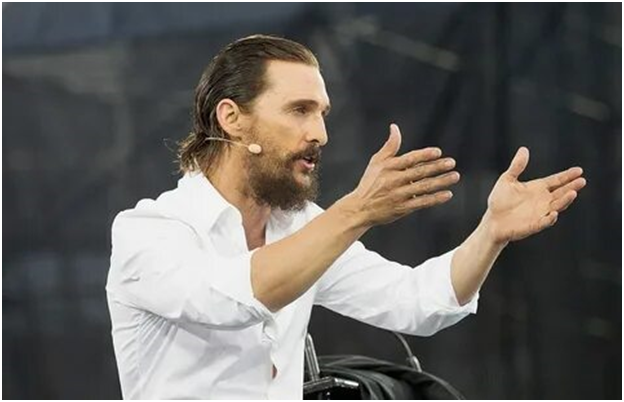 Matthew McConaughey, an Oscar-winning actor, delivered his speech at the University of Houston in 2016. His speech is considered one of the best motivational speeches from the last few years.

“Joy is always in process; it’s always under construction” – McConaughey.

In his address, he talked about how he judged his success based on the number of winning academy awards or how much money his films made. But he gained success in those metrics when he focused on the whole procedure of film-making and enjoyed it throughout. When he progressively achieves his goals and appreciates himself, everything he does makes sense.

“Define success for yourself.”

Discovering where your interest lies and enjoying the whole journey, whatever it presents to you, can bring success. $135,000 was paid by the university to McConaughey for sharing his brilliant thoughts. That money was donated by McConaughey and his wife to their foundation, as reported by the university.

A writer and public speaker, Simon Sinek, is well-known for his gossip about leadership related to business. In his conversation of 2016, he brings an encouraging demand to the table. The theme of Simon’s speech was “leadership.” he said that the current organizational leaders are not aware of their games. They prefer to gain credit instead of taking responsibility.

Leaders’ biggest mistake is that dominating the competing product is suitable. Instead, what they should be doing is to possess their own. However, after accepting the responsibility as a leader, the circumstances regarding business growth and employ success that Simon puts in are enough to rouse you. 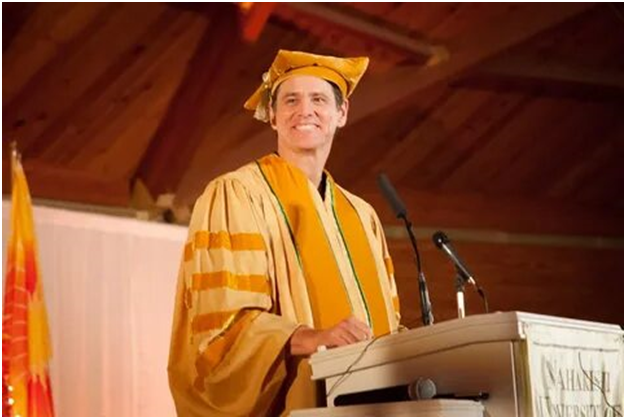 The theme of the speech was “taking risks.” Earlier, Jim Carrey was known as the jerkiest humorist. However, he presented memorable wisdom in his speech by connecting it with his typical comedy at the graduation ceremony of the Maharishi University of Management in 2014.

The motivational words of the comedian for a successful life are pretty simple- “explore what you desire to serve the world and go after it.” However, it can be a lengthy process to discover your talent.  But questioning yourself what the world wants from you that you can present makes things possible.

Jim Carrey discussed his childhood later in his speech. Furthermore, he explained how fear performs its part during our lifetime. According to him, he learned several lessons from his father, and one of them is that:

“You can fail at what you don’t want, so you might as well take a chance on doing what you love.”

The theme of her speech was “life and career.” Ellen’s speech carries a bit of humor, as one can expect. But she also discussed some tragedies that paved her way toward comedy.  Sometimes, humor is considered the best motivator.

Surmounting tribulations and staying genuine, the way you are the main themes of Degeneres’s talk.  Ellen kept moving forward even after her show got called off because of her publicity as gay. She spoke that she learned how to be the best version of herself by losing everything. According to her, she doesn’t live in fear anymore. She will be fine no matter what happens because she knows herself better.

In his address, David Foster Wallace, one of the famous writers, discussed that being open-minded is considered crucial in life. He stated that having a broader view in mind permits us to be free and happy in adult life. Probably, you can find a solution or a new concept by hearing out other’s ideas.

Relationships are essential for any career simultaneously. Your connections will aid you in forming a backbone or shifting your career. Being attentive toward folks is vital to building excellent links. Because being attentive means, you are caring and respectful for another person.

In 1989, John Keating tried to motivate his students through a simple belief, “seize the day.” His idea makes sense for those who feel demotivated regarding their career or trying hard to accomplish their goals.

A working person spends eight hours per day at his office, much time invested in something he dislikes. So if you are one of them who is losing interest in his career, don’t waste time anymore, according to Keating’s opinion. Exploring your interests and imperfections and how you can utilize them to build a purposeful career will be your turning point. Right?

Brene Brown, a researcher, in his motivational speech, focused on how empathy and sympathy are different from each other. Empathy means making connections with others’ experiences at a deeper level personally. However, although well-intentioned, sympathy can result in disconnection by making boundaries that others don’t like.  Vulnerability is not primarily the topic of debate when motivating people. We all are aware of being vulnerable. Don’t we?

But what Brown says is that it’s the fear of failure or considering yourself imperfect that built boundaries around oneself. Simultaneously, it presents difficulties in connecting with others.  Observing your employee’s perspectives and hearing them properly can make one a great leader. Only then will you be able to enhance business-wide communication and job satisfaction.

Regardless of what job you are doing or what it throws at you, you can get motivation from the context of the above-mentioned motivational speeches to achieve your next milestone. But your satisfaction and dedication for whatever you do matter a lot.  So stay motivated no matter what, discover where your interest lies, form connections, and build a successful career.